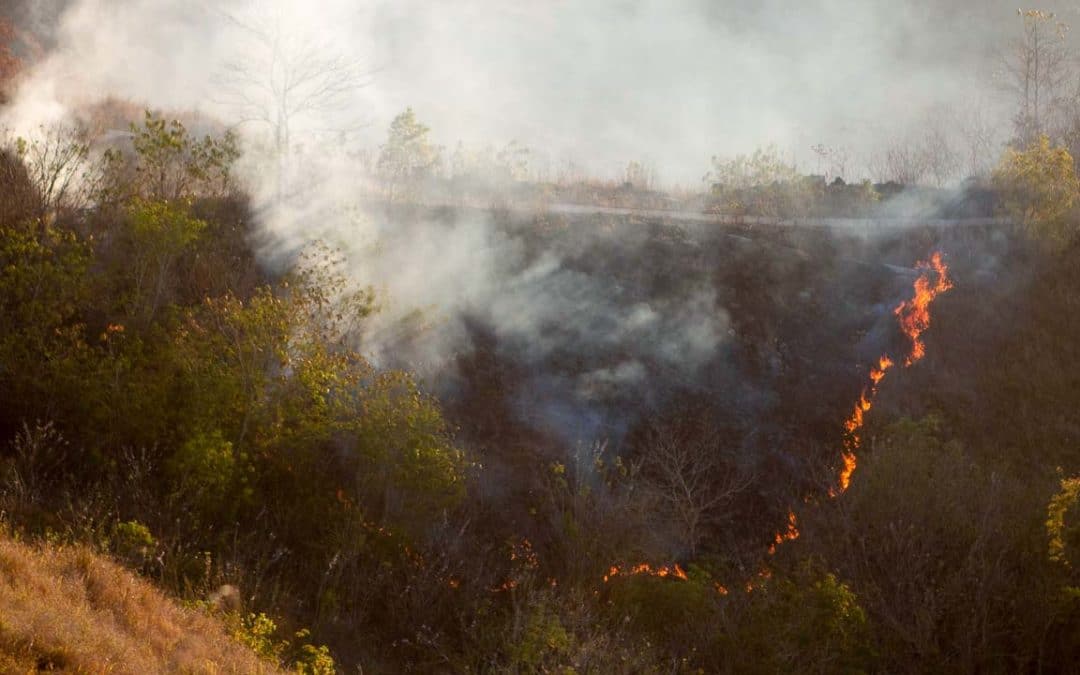 What season is it in Sumba now?

Support the foundation in 3 clicks here
Effect of rampant burning in Sumba lands
Nofi, a member of Kawan Baik Indonesia who is on duty in the Mbinudita school reconstruction project in East Sumba had an unpleasant incident. Just imagine, on the way to Praipaha Village, the fire almost grabbed the tires of her motorbike. The haze covered the area around, visibility was only a few meters, causing the vehicle in front of Nofi's vehicle to not be seen clearly. Heat travels fast. While at the top of the hill, a point of fire surrounded the hill on which he was there.
Fair Future Indonesia - Kawan Baik Indonesia | September 03, 2020/ Kawan Nofi, Kawan Gogon, Kawan Andri in Sumba

This question is often asked by people outside Sumba Island who are curious about the current situation on this island. The condition in question is how the physical condition of the Sumba landscape looks like, whether it is green or reddish-brown.

Some people prefer Sumba in the rainy season, cool and the hills overgrown with high chlorophyll grass, like a green rug in New Zealand. But for some other people who love exoticism, they will be very happy when greeted by the brittle and dry grass that is almost burnt brown with a wild feel like the African savanna. This very beautiful savanna is still rarely known or often forgotten because many people are more familiar with Indonesia as a country with many tropical rainforests.

However, now it is not the two seasons that are the answer to the previous question.

In East Sumba, September is the “planting season to the fields” period. So that during the month of August, the community tends to burn land in order to clean the land to be ready for planting in the following month and for the fresh grass for animal feeding. The local community considers burning the land to be the quickest and easiest solution to clean the grass ahead of the preparation for the planting season, besides that the burned hills tend to grow new grass which is considered healthier than before for their animal feeding needs.

The habit of burning the land is a legacy from previous generations of East Sumba. When viewed from a conservation perspective, it is clear that burning is an act that is very damaging to the environment and has the potential to kill the chain of ecosystems through which the fire passes. Not only grass but also other plants, crickets, earthworms, insects, and other animals. Likewise with smog and fire spread from burning land which is very detrimental and dangerous to the surrounding community. This was exacerbated by the strong winds that were hitting East Sumba. In fact, the burning of a part of the field in the area of ​​the Mbinudita school reconstruction project accidentally due to forest burning plus strong winds is real evidence of how detrimental this habit is.

As a migrant from outside the Sumba island, Nofi is only able to observe and enjoy. Either it was tight smoke and the heat from the coals. In fact, the simple solution to clearing the land is doing it the manual way, uprooting the previous crops one by one. It will take more time and a little more energy, but the results will be better without any negative impact on nature.

The phenomenon of the habit of burning land in Sumba encourages us to reflect that not all habits are passed down from previous generations are considered “correct”, and not necessarily “good”. Closing our eyes to the impact and the consequences of the “quick method” chosen without thinking about the environment, can unwittingly endanger us.

Help us to help people have a better life