We are also fighting against the dry grass fires

Donate for #RebuildMbinuDita
Working
1$/day to support a family
Where are we?
Donate Offline

If you want to make a donation by bank transfer, there are our bank details in Switzerland

Thank you very much for helping us and see you very soon.

This info in another language

Fair Future Foundation is a Swiss, international non-governmental organization
Being on the ground with those who need us

I speak another language

News published the Thursday, Sep 24, by Fair Future Foundation
Some news of the fires annoy us a lot in the context of the construction of #RebuildMbinuDita. As we wrote to you a few weeks ago, the grass and forest fires have been raging for more than a month and the inhabitants of the district of Nggaha Ori Angu, that is where we are building. the new school of #RebuildMbinuDita, fight fires incessantly and relentlessly!
Dry grass fires are raging around #RebuildMbinuDita

Hello Kawans, how are you today?

Some news of the fires that annoy us a lot in the context of the construction of #RebuildMbinuDita.

As we wrote to you a few weeks ago, the grass and forest fires have been raging for more than a month and the inhabitants of the district of “Nggaha Ori Angu”, that is where we are building. the new school of #RebuildMbinuDita, fight fires incessantly and relentlessly! See the location here on Google Map!

From north to south, all around us, there is black smoke rising in the sky. On the main road which leads to #RebuildMbinuDita, we can feel the heat and the flames which are then very close to our vehicles.

An anecdote related to these fires: In recent days, the construction activities of #RebuildMbinuDita going on intensely, many children have come to help us. The kids form here are not only helped carry the sand or cement but also quickly came down the hill from the school and suddenly became firefighters trying to put out the fires with a few buckets of water, or with branches of the few trees present and other twigs of grass that are still green.

These fires started when the weather was “super mega” very hot and Kawan Primus, who saw the fire spreading from behind the hill, started to stir and then move closer to these fires in order to extinguish them or curb their spread. Kawan Primus very responsively and spontaneously brought up a large bucket of water and walked down the steep, rocky hill.

The little boy who was then holding a bucket full of earth was surprised to see it suddenly replaced by water… This little budding firefighter then followed Kawan Primus close to the fires in order to help him.

For nearly half an hour, they were there, “hammering” the flames that spread from the grass with tree branches. An intense heat linked to the fires and the sickening heat, plus the fatigue of having to go up and down the hill in order to look for water was tiring. For several hours they ran like this after the fire and the flames which spread very quickly.

These efforts were not in vain because together, we managed to put out the fire on the part that could have spread closer to the #RebuildMbinuDita site.

The flames and fires are unpredictable… Angry, the fire then turned and spread over the isolated hill next to the school and the fighting continued. Until the evening, the fire continued to spread in the area to the south of the school with an even closer distance than before.

We are on permanent alert so that these fires do not come too close to construction. They are not huge, but the wind and the lack of resources on the spot force us to overstep, as we have always been able to do so well.

Thank you very much for your time, your help and your kindness again the foundation and most importantly, the community of #RebuildMbinuDita who watches over us as we rebuild their school.

Some photos of what we have to deal with also 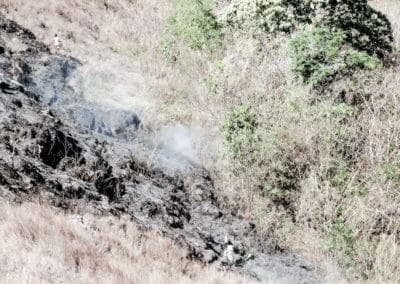 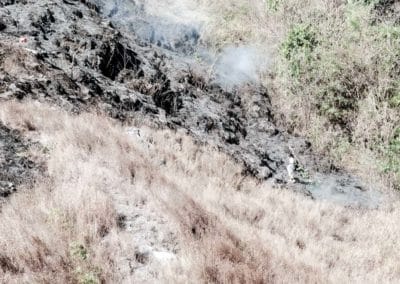 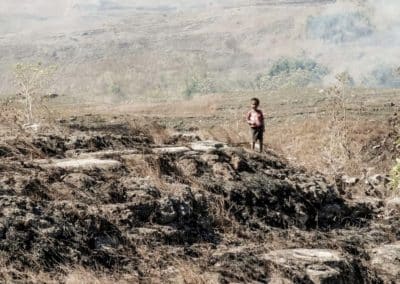 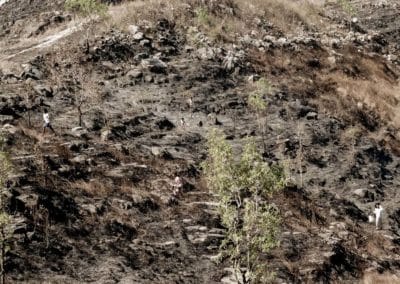 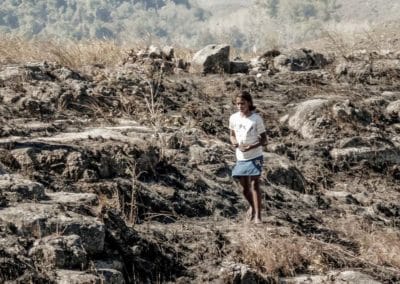 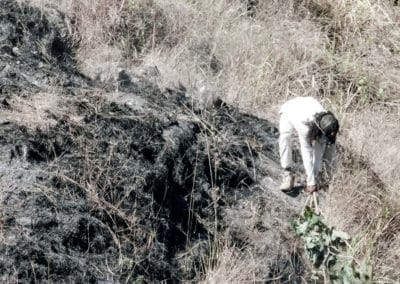 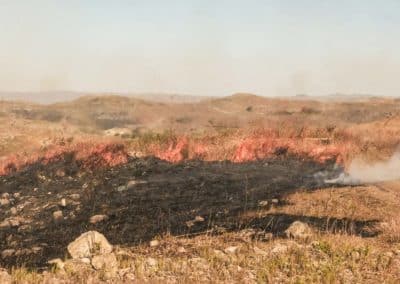 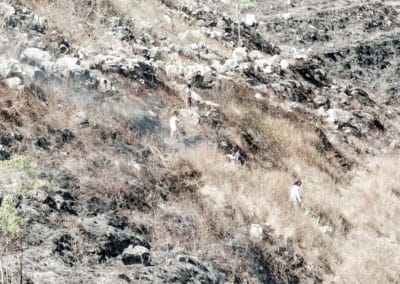 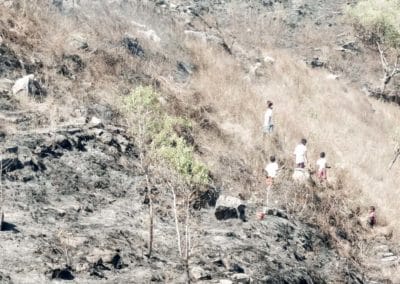 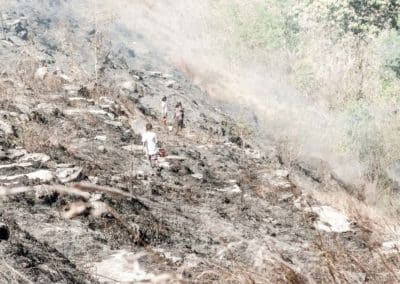 A movie about the project in MbinuDita school