Fair Future Foundation - On the field with those who need us

Knowing does not mean understanding #RebuildMbinuDita 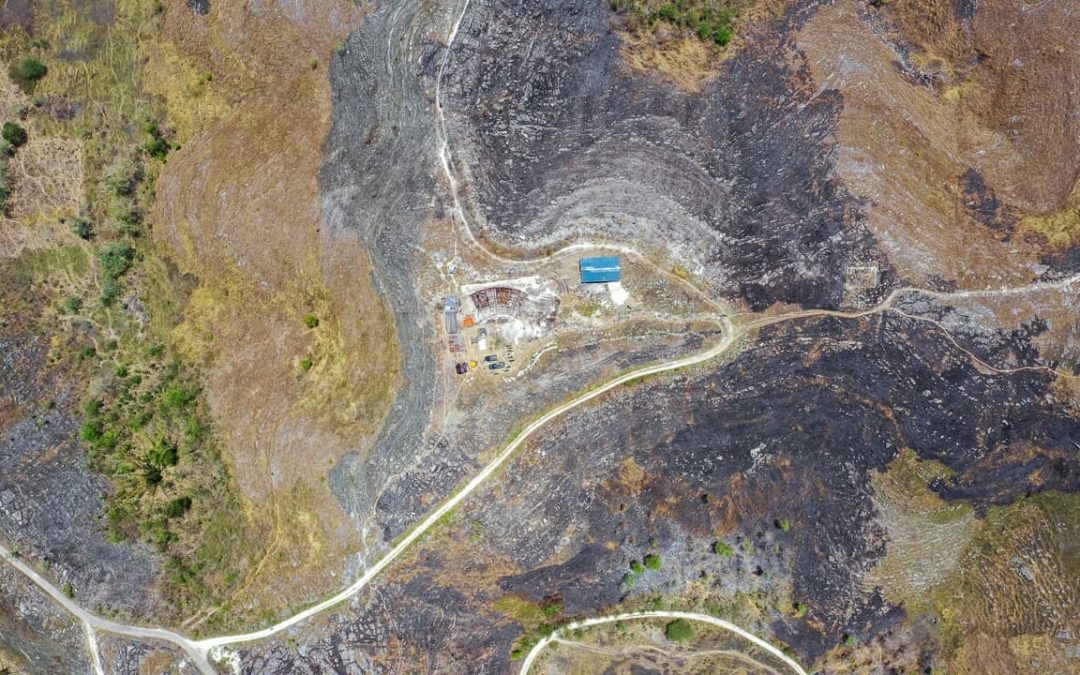 A testimony from Kawan Elisa 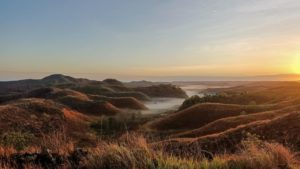 Every day, we are bombarded with hundreds of information of all kinds. Some will attract our attention more than others, but I believe that the human brain, presumably to protect itself, disregards a lot of them. This is undoubtedly the way he has found not to be overwhelmed; it is better to ignore news than to face them and not be able to do anything.

We “know” a lot of issues, conflicts, problematics of all kind that are happening around the world, in other countries, sometimes even in our own country. But we really “understand” only a small part of it. I faced that in the last few months; Indeed, since December 2019, the Fair Future Foundation and the Kawan Baik Foundation have supported the reconstruction of the school in the Mbinu Dita region, on the Island of Sumba, following its collapse. Ten months ago, as part of my work with the Fair Future Foundation, I started to receive information about this project; the location of the school, what needs to be planned, ordered, organised to rebuild it as well as the communication with the local community, with the authorities and all that follows. I was still in Switzerland at that time, so it was complicated to imagine or to fully “understand” the daily problems encountered by my team on site.

Then I arrived in Indonesia to work in the office of the foundations in Denpasar. But once again, despite my involvement in this project, even with all the real-time information, photos, videos, calls with the Sumba team, It was still difficult for me to fully realise the complexity of the situation in Sumba. And I finally understood it when I landed in Waingapu last week.

The first glimpse and the first understanding when I was on the plane; the Island from the sky. We are in October, and the rainy season arrives timidly. The Island is therefore still dry. Very dry. It is a magnificent landscape; we can already admire the hills as far as the eye can see. The white “roads” are taking shape; it is truly breath-taking. It is also one of the challenges, one of the problems we face on this Island; a calcareous soil, difficult to cultivate. A land that can certainly be described as hostile and arid. 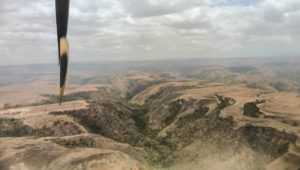 Getting out of the plane, I realise the heat. Second knowledge which turns into a living-experience; it’s melting! And yet it is still early morning. I instantly think of the people who work all day to rebuild the school, under the scorching sun, on top of that hill two hours from here.

Andri waits for me at the airport. He looks tired, and his skin turned at least two tones darker; I know working in the field is exhausting; hence I am not so surprised, he’s been here for two weeks. We leave a little later to Mbinu Dita, and I discover the scenery of this Island. I’m talking about the view only, that’s all there is! Hills and an impression of being alone in the world, that there is no living soul on this Island. We start the journey, and the roads are not so terrible the first hour, they are rather practicable. My team told me lots of times that one of the significant challenges is access to the school, so I’m thinking that they were exaggerating!

No, they were not. Not at all. After the first part of the journey to reach the site, Andri laughs and says “it’s when the fun part begins!” He rushes down a rocky path, and there I understand. Two hours altogether doesn’t sound that bad, but if half of the trip turns into an ordeal, no shock to be that exhausted going back and forth.

This second part of the trip, I still wonder how I didn’t have a migraine; I must be lucky! It is a “road” that is one just by name. Difficult to progress on a motorbike, even more by car, so at this moment, I could not imagine with a truck fully loaded. Of holes gaping every two meters, very few paved parts. And it continues for at least an hour. We progress slowly (well, everything is relative concerning Andri). 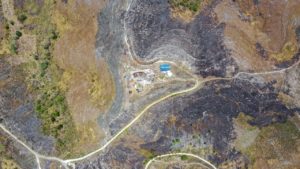 On this second part of the journey, I realised another issue; the distance between the houses. They are widely spaced from each other, sometimes by miles. And of course, the inhabitants does not own motorised vehicles; the distances are covered only on foot or “in Buffalo” and without shoes. We pass by two wells in an hour’s journey. Water. One of the most critical and urgent issues for this area. By motorbike, it’s already a long trip, so on foot, it’s hours of walking to reach the blue gold.

We stop to take a break; it is indeed very physical to evolve on these paths. We take time to admire the landscape; it’s stunning. At the top of one of the many hills, we have an overview of the “village” of Mbinu Dita. We realise the distances that must be covered by children and their parents for water or anything else, including access to education or healthcare. Andri points to one of the hills, probably the highest one and it in the middle of the houses of the inhabitants, and he says to me “there Eli, look at the top; that’s the school! “.

After months and months looking at it in photos and videos, it is there, in front of me. And other information turns into understanding; it is really in the middle of nowhere, but not for the inhabitants of this region, quite the contrary; it is in the middle of the “village “! In the heart of this region, on the highest hill; access to a brighter future for generations of children; access to the education they have been deprived for far too long. I finally realise how much this school is the centre of their whole life, of their entire community. 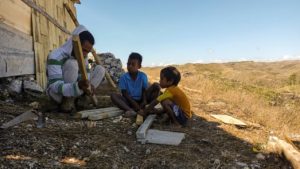 At sunset, most of the volunteers are returning home to rest. I watch them go down the hill and disperse into their respective houses. The only ones left are my team, the four amazing people overseeing the work, two young boys, Yaspan 8 years old and Ardy 13 years old and me. They are there every day, and they decided to help us prepare dinner. We all gather in this kitchen built from the ruins of the old school. We cut the vegetables, prepare the tofu and the tempeh while the rice cooks. At one point, Ayu asks Ardy if he likes to eat vegetables and if so, which ones. He answers; “Yes, I like everything that I can eat!” Indeed, the staple of Ardy’s diet is rice with salt and chilli. When they can, they will add dried and salted fish to it. Then when the harvest allows it, or they can afford it, they will add proteins and vegetables. This reality strikes me, I who am used to see children baulk at eating their vegetables; here they would give a lot to get it once in a while. I knew access to food and a varied and balanced diet was one of the main issues for this community and this region of Indonesia, but being directly confronted with it has a very different effect.

Night has fallen. Our only source of light is two solar panels that we brought to the site. We make a fire because it’s getting cold, then we sit around it. I raise my eyes; the stars shine with a thousand lights. It is pitch black, with no access to electricity, the whole region is plunged into darkness, and it is so silent that we whisper…

The next day, we are expecting material deliveries; two trucks should arrive in the afternoon. It is still early, but everyone is already getting to work. They take advantage of the early morning because the sun is not too scorching.

When the trucks are getting closer from the site, Alex and I decide to meet them halfway, and I choose to go up in one of them. I want to see and understand how difficult the access by truck is and, once again, I was far from it. We have to stop every few meters to progress safely, and in some places, I think that it is impracticable, that the road is too bad, especially with a load of several tons. But yes, it is possible, and a few hours later the truck is unloaded, and the material for the reconstruction of the school is finally fully arrived on the site!

The rest of the day, we organise and make the schedule for weeks to come, try to repair the generator who is so essential to the construction and which is weakening, drink (maybe too much) coffee and exchange moments with the community. The children are always around us, curious about everything we do. Lots of laughs, lots of smiles, lots of singing; that’s the magic of this school. It’s exhausting, challenging, gruelling but it’s also wonderful to see everyone working hand in hand with the same dreams and goals in mind; allow these children, this entire community and future generations access to a future made up of projects, knowledge and development.

On the way back, the sun is setting. I don’t entirely realise what happened in the last 24 hours; there is a lot to take in, and I am psychologically and physically exhausted. Especially psychologically I must admit because it is a thing to know, it is quite another to understand and realise the daily problems linked to poverty, to arid and somewhat hostile land, to lack of water and food and geographic isolation.